I owe a bit of an apology to one of my (possible) readers  that I met at a party who told me how damn good this album is. I kind of dismissed him at the time with something like,” its okay, nothing special”. Well, I was wrong, he was right, this album is more than a little special, its bloody fantastic. 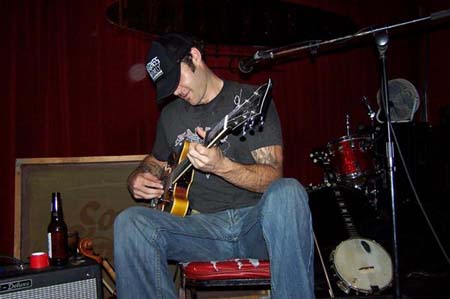 The man behind Possessed By Paul James, Konrad Wert, delivers some soul shaking raw folk music that has many people raving about his live shows.

He plays some fiddle and banjo along with his guitar, all with a unique style that lends a very unprocessed feel to his music and makes you feel as if you are in the same room with him as he plays.

Give it a listen, and if he comes to your town, like hopefully someday he will to mine, then make sure you don’t miss his show.

You can get the album from his website: http://ppjrecords.com/