Finding good traditional Irish or English folk is actually really hard. Maybe this type of music is more popular with non-internet types, thus they don’t get the online coverage of other styles? 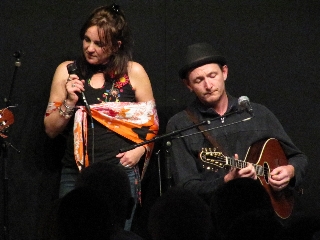 Luckily for me these two are just too famous in traditional folk circles to slip under my slightly dodgy radar.

The albums title refers to a reuniting of the pair, who used to play in a band called Solas. As well as the pair do work together, it does feel like John is the star of the album, even though his singing duties are much smaller. I will just have to get hold of some more of his solo stuff as well I think.

I really like traditional music like this and wish I could find more of this quality. Any recommendations from the fine people out there would be much appreciated. Actually any recommendation of any music style is generally appreciated here.

You can get hold of the CD here if you would like a copy.