You could call these guys a supergroup really. But only if you know the three bands they come from; Deer Tick, Dawes and Delta Spirit. How did you go? Supergroup or not? 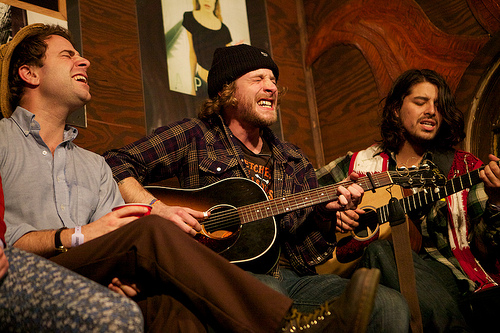 Listen While You Read!

All in all this album does feel quite a bit different from their “solo” stuff, and in a good way too. The catchier songs on the album are definitely written by John McCauley from Deer Tick, who also has the most unique voice. But that is not saying the parts played by the others is minor or in any way bad.

If these guys keep the band going past this initial album is to be seen, considering they do have their own bands and are still releasing albums with them. I am at least hoping that some of the catchy acoustic styling can carry back to their solo work, giving us more of this great album in other places.

You can buy their stuff here http://www.middlebrother.com/

Next post: The Devil Makes Three – Do Wrong Right