Robert Blake is what I would call a Punk-Poet. Or is that a Poet-Punk? Or just Punk? Or Poet? Ahhh, why label the man, he is what he is. 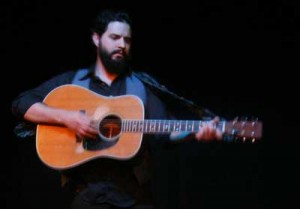 Listen While You Read!

[audio:http://www.transientfolk.com/wp-content/uploads/2011/02/02-robert-blake-up-in-your-attic-room.mp3|titles=Robert Blake – Up In Your Attic Room]

His deep voice, frantic guitar and backing slide guitar combine to create some of the best folk punk music  to be found. Hailing for Bellingham Washington (just over the border from Vancouver) this man crosses genres like no other. 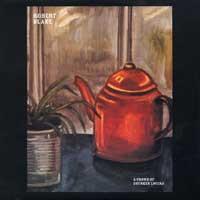 The album contains a mixture of songs coming from a number of different directions. From the sad and beautiful break-up song “In Different Way Goodbye”. The slice of real life shining through in the pick up song “Sweet & Easy”. To the examination of the female species in “Roll on Ladies”. (Okay, girls do form a major theme)

Initially I did not think Robert Blake would be popular with the masses, (being my friends sitting in the lounge room), but I was surprised when almost immediately people were listening. I was further surprised to find people who aren’t really into folk or punk playing it on their stereo singing along. Maybe it comes back to the fact that he is just a little different, which allows the music to catch the peoples ear (who normally say everything sounds the same to them (well, the “normal” country stuff I play anyway)).